Here is the current tropical outlook and forecast. This page will refresh.

The Atlantic Hurricane Season runs from June 1, to November 30.

A tropical cyclone with a closed wind circulation and maximum surface winds up to 17 m s-1 (34 knots / 39 mph).

(Many regional names.) A tropical cyclone with 1-min average surface (10 m) winds in excess of 32 m s-1 (64 knots) in the Western Hemisphere (North Atlantic Ocean, Caribbean Sea, Gulf of Mexico, and in the eastern and central North Pacific east of the date line).
The name is derived from “huracan,” a Taino and Carib god, or “hunraken,” the Mayan storm god.

The general term for a cyclone that originates over the tropical oceans.
This term encompasses tropical depressions, tropical storms, hurricanes, and typhoons. At maturity, the tropical cyclone is one of the most intense and feared storms of the world; winds exceeding 90 m s-1(175 knots) have been measured, and its rains are torrential. Tropical cyclones are initiated by a large variety of disturbances, including easterly waves and monsoon troughs. Once formed, they are maintained by the extraction of latent heat from the ocean at high temperature and heat export at the low temperatures of the tropical upper troposphere. After formation, tropical cyclones usually move to the west and generally slightly poleward, then may “recurve,” that is, move into the midlatitude westerlies and back toward the east. Not all tropical cyclones recurve. Many dissipate after entering a continent in the Tropics, and a smaller number die over the tropical oceans. Tropical cyclones are more nearly circularly symmetric than are frontal cyclones. Fully mature tropical cyclones range in diameter from 100 to well over 1000 km. The surface winds spiral inward cyclonically, becoming more nearly circular near the center. The wind field pattern is that of a circularly symmetric spiral added to a straight current in the direction of propagation of the cyclone. The winds do not converge toward a point but rather become, ultimately, roughly tangent to a circle bounding the eye of the storm. Pressure gradients, and resulting winds, are nearly always much stronger than those of extratropical storms. The cloud and rain patterns vary from storm to storm, but in general there are spiral bands in the outer vortex, while the most intense rain and winds occur in the eyewall. Occasionally, multiple eyewalls occur and evolve through a concentric eyewall cycle. Tropical cyclones are experienced in several areas of the world. In general, they form over the tropical oceans (except the South Atlantic and the eastern South Pacific) and affect the eastern and equatorward portions of the continents. They occur in the tropical North Atlantic (including the Caribbean Sea and Gulf of Mexico), the North Pacific off the west coast of Mexico and occasionally as far west as Hawaii, the western North Pacific (including the Philippine Islands and the China Sea), the Bay of Bengal and the Arabian Sea, the southern Indian Ocean off the coasts of Madagascar and the northwest coast of Australia, and the South Pacific Ocean from the east coast of Australia to about 140°W. By international agreement, tropical cyclones have been classified according to their intensity as follows: 1) tropical depression, with winds up to 17 m s-1(34 knots); 2) tropical storm, with winds of 18–32 m s-1(35–64 knots); and 3) severe tropical cyclone, hurricane or typhoon, with winds of 33 m s-1(65 knots) or higher. It should be noted that the wind speeds referred to above are 10-min average wind speeds at standard anemometer level (10 m), except that in the United States, 1-min average wind speeds are used.
Comments 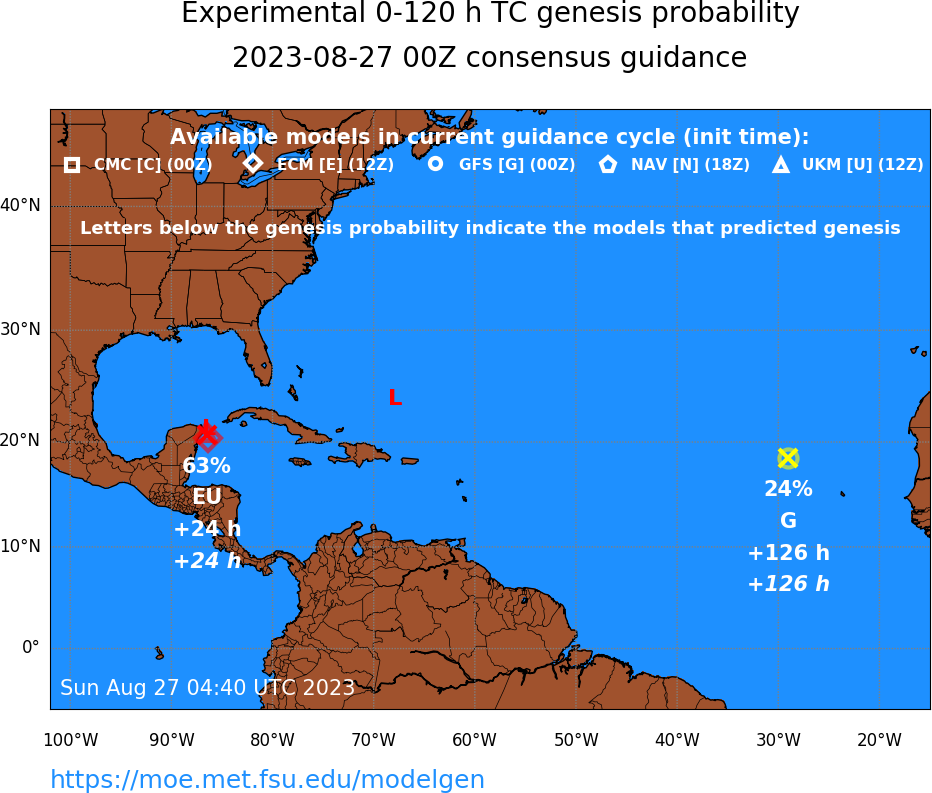