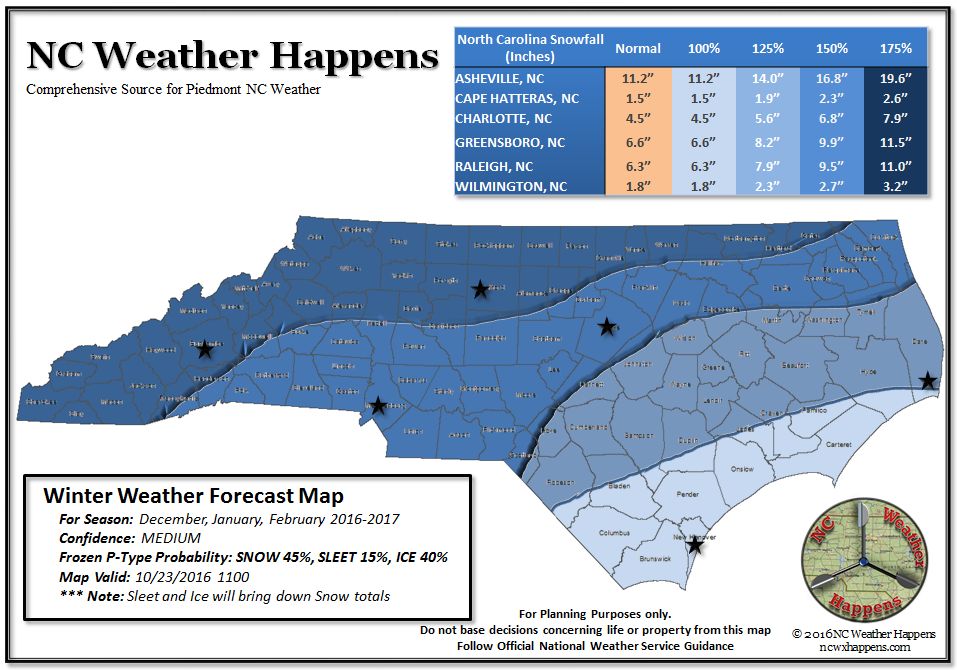 A very challenging winter weather forecast this year as we come off a very strong El Nino. At the time of this writing, we are El Nino Neutral with weak La Nina forecast to be present during Meteorological Winter (December, January, and February). Historically, our La Nina winters have been on the warm and dry side overall but when we dig deeper, some of those winters produced some of our most significant winter storms.

First, this is not a Forecast but a guide to show how NC may see winter evolve. There is very little skill in long range forecasting but when much larger and slower cyclical patterns are examined, we can get a good idea about how these may affect North Carolina based on the historical record. 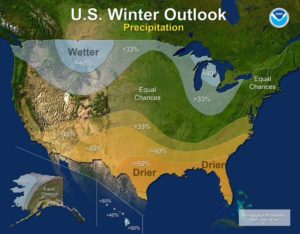 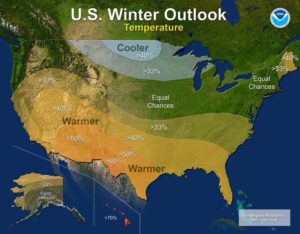 It is important to note that NOAA uses the “probability of occurrence” in their long range outlooks. Consider the above. There is a greater than 33% probability that temperatures and precipitation will be warmer and wetter than normal. That ALSO means there is a less than 66% probability that it won’t!

Highlights for this season:

What is Normal anyway?

The National Climatic Data Center defines it as “Climate Normals are three-decade averages of climatological variables including temperature and precipitation. This product is produced once every 10 years. The 1981–2010 U.S. Climate Normals data set is the latest release of NCEI’s Climate Normals”.

In the NC Weather Happens outlook, we take these normal temperature and precipitation values and apply actual values to describe what “above/below normal” means. So if the average (normal) snowfall for an area is 6.6″ and we are estimating a seasonal snowfall total exceeding normal by 125%, then the snowfall estimate for that area this season would be 8.2″.

This method was received very well in earlier forecasts and we will continue to use it in the future. 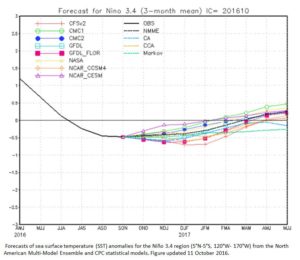 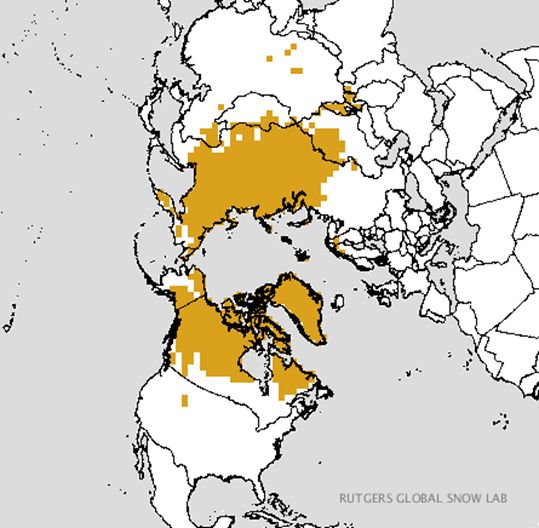 A relatively new approach to winter forecasting comes from Dr. Judah Cohen of Atmospheric and Environmental Research, Inc. He noted a correlation between Siberian snow cover and how it interacts with global circulation.  According to Dr. Cohen, “October Siberian snow cover has so far this month advanced at an above normal rate. This is an indication of an increased probability of a weakened polar vortex or a sudden stratospheric warming, and a predominantly negative Arctic Oscillation during the winter and cold temperatures – especially east of the Mississippi”. (National Science Foundation-2016) . 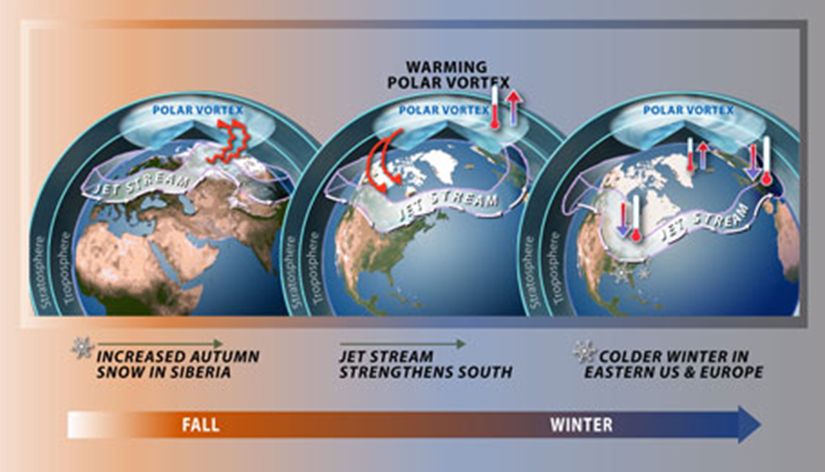 “Researchers have validated a new weather prediction model that uses autumn snowfall to predict winter cold in the United States and Europe. When snowfall is high in Siberia, the resulting cold air enhances atmospheric disturbances, which propagate into the upper level of the atmosphere, or stratosphere, warming the polar vortex. When the polar vortex warms, the jet stream is pushed south leading to colder winters across the eastern United States and Europe. Conversely, under these conditions the Arctic will have a warmer than average winter”. Credit: Nicolle Rager Fuller, National Science Foundation

Considering all observations and trends in global oscillations and indices, we look at years in the past that had similar conditions now and then projected forward for the months of December, January, and February. After examining historical conditions where teleconnections (global ocean and atmospheric circulations) and conditions were similar, we can get a good idea how the winter might evolve.  Shown below is the result.

The year that most closely matched the present pattern was the winter of 1995-96. This was not a particularly cold or wet year in the analog for that single season, but for NC, it was a season with significant winter weather. If you recall, we endured a major snow storm and two significant icing events. For details about each storm, click here.

As Greenland Blocking (persistent high pressure over Greenland that causes the Jet Stream to dip more south) seem to be present in the analogs, we added the 2013-14 season into the mix. As you know, that was a brutally cold January, but December was on the warm side. This addition “cooled the map down” a bit and more closely resembled how 1995-96 turned out. Now keep in mind that this is for Temperature and Precipitation only but with a little bit of blocking, it would not take much to bring a winter weather event in. Key to this is the western Atlantic which is anomalously warm. As such, Polar air interacting with a warm Atlantic spells storms for the Southeast. 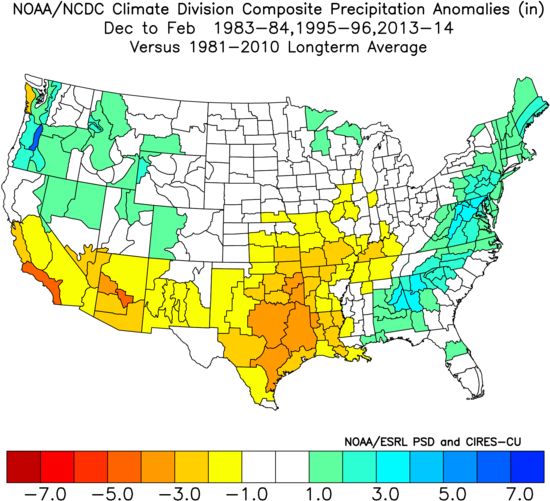 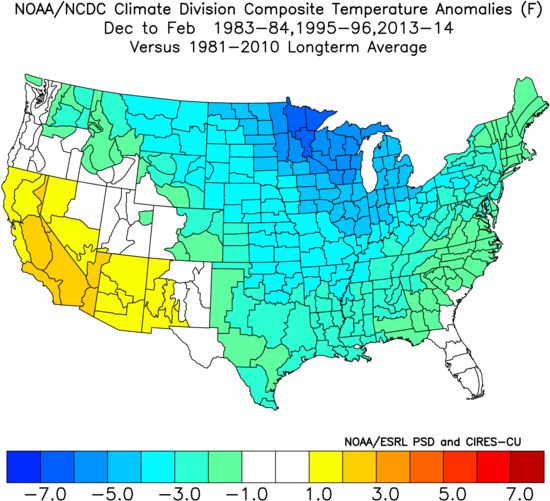 We are more on the conservative side for snowfall and what winter weather we do receive will likely be in the January/February time frame. December should begin at normal to slightly below and we are likely to see a “late Spring”. What is uncertain is the amount of Greenland blocking that will set up mid-season and that will determine how storms develop in the southeast. We do see the potential for Ice this season and that coupled with sleet, will dramatically cut snow totals. With slightly better chances of seeing more snow than ice, there is likely to be more “mixed” winter weather events than not.

It is extremely important to know that all it takes for NC is one storm to cause problems.

Take the time now to prepare especially for extended power outage. We have a page available to give you some ideas. Check it out because when a “Milk and Bread” alert is issued, you won’t be able to stock up on needed supplies.  You can also visit Ready.gov to get more information and apps.

Be sure to visit The Weather Store for great gift ideas!