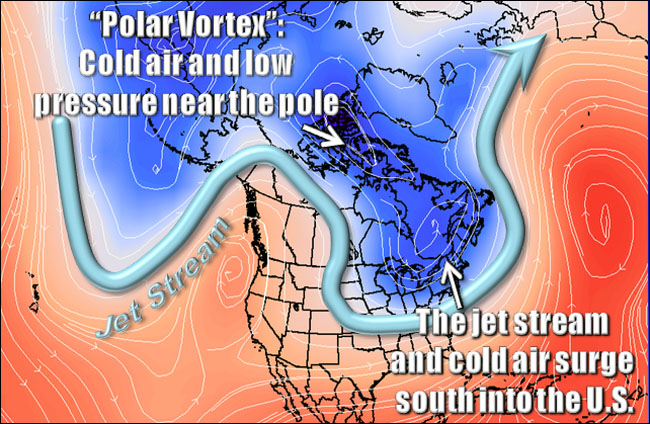 With the start of Meteorological Winter, the word “Polar Vortex” will be tossed around and it’s important to be able to distinguish the Hype from Reality.

As a Weather Ready Nation Ambassador, we want to get the season started off the right way…educated!

What is the Polar Vortex and should I be concerned?

The polar vortex is a large area of low pressure and cold air surrounding both of the Earth’s poles. It ALWAYS exists near the poles, but weakens in summer and strengthens in winter. The term “vortex” refers to the counter-clockwise flow of air that helps keep the colder air near the Poles. Many times during winter in the northern hemisphere, the polar vortex will expand, sending cold air southward with the jet stream (see graphic above). This occurs fairly regularly during wintertime and is often associated with large outbreaks of Arctic air in the United States. The one that occurred January 2014 is similar to many other cold outbreaks that have occurred in the past, including several notable colder outbreaks in 1977, 1982, 1985 and 1989.

There are several things the polar vortex is NOT. Polar vortexes are not something new. The term “polar vortex” has only recently been popularized, bringing attention to a weather feature that has always been present. It is also not a feature that exists at the Earth’s surface. Weather forecasters examine the polar vortex by looking at conditions tens of thousands of feet up in the atmosphere; however, when we feel extremely cold air from the Arctic regions at Earth’s surface, it is sometimes associated with the polar vortex. This is not confined to the United States. Portions of Europe and Asia also experience cold surges connected to the polar vortex. By itself, the only danger to humans is the magnitude of how cold temperatures will get when the polar vortex expands, sending Arctic air southward into areas that are not typically that cold.

In short, there is no cause to be alarmed when you hear about the polar vortex, but you should be prepared for colder temperatures. Stay with us for the latest forecast to ensure you are dressed appropriately. It is also a good idea to check the items in your home and car emergency kits at the beginning of each winter season to ensure you are prepared for any type of hazardous winter weather. Our preparedness page also has some great ideas for your home kit and can be found here.

We will be watching this very closely this winter and will certainly let you know when a shot of cold air is heading our way. 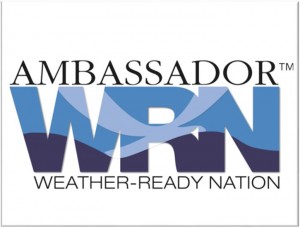