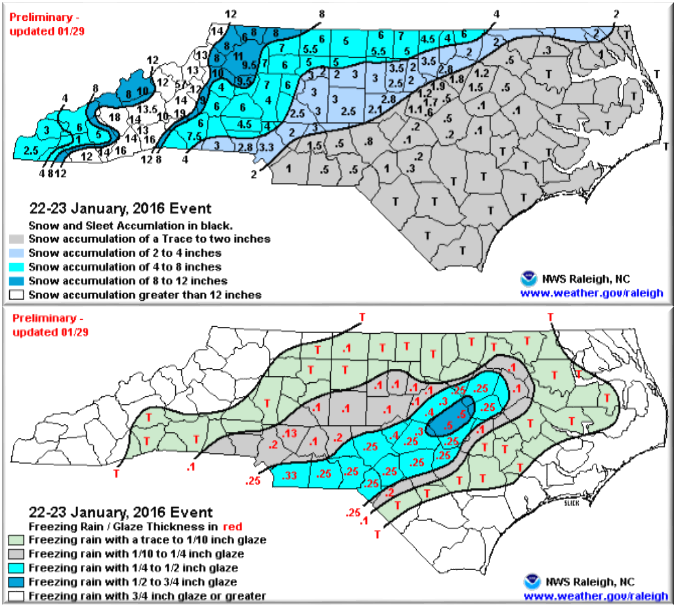 Now that we are on solid footing and Spring is well underway, it is time to take a look back on the winter season and review our winter forecast.

As you recall, we released our winter forecast towards the end of October  which at the time, had a growing El Nino and all the changes that come with it. To be honest and fair, our forecast was largely a bust…but not really. Here’s why…

Overview – Where we were right:

Where we went wrong:

Most of our snowfall fell in one event over January 22 and 23. This was a cold air dam event for North Carolina where areas north received almost unimaginable snow. Here in NC, cold air filtered down the eastern slopes of the mountains wedging in very cold air while a developing nor’easter traveled up the coastal plain from Georgia. In this one event, warm air began to filter into the mid-levels of the atmosphere turning what would have been a snowfall that would have exceeded our forecast, into a sleet and freezing rain from the Triad south and east. 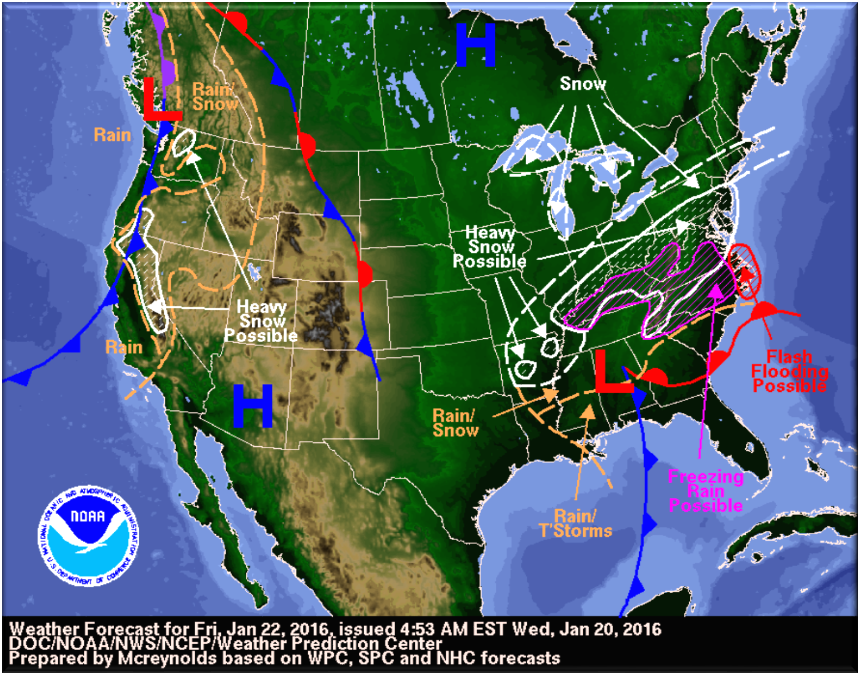 Liquid equivalent precipitation for the event

The same occurred in Raleigh where snow changed over to freezing rain and sleet. Areas north and west of Greensboro came in as forecast. Again, this one event would have brought our forecast in statewide and we would be serving champagne… but in NC, that Cold Air Dam is one of the most difficult phenomena to forecast in the winter.

We completely busted on the coastal plain from Cape Hatteras to Wilmington where less than an inch of snow was observed the entire season.

The Bottom Line is we have done better, but still give credit for our disclaimers which suggested Ice would degrade the snowfall totals and that our seasonal totals would be in be or two events. The “Godzilla” El Nino made this one of the most difficult seasonal forecasts we have made…and we own it.

Here’s How We Did:

Our Forecast Verification for Last Winter

Another difficult winter season is coming this year with our El Nino transitioning into what appears to be an equally impressive La Nina. The winters of 1999 and 2007 come to mind as they were also winters following El Nino… Warm and Dry Autumns with cold and wet winters. A favorite saying from my Weather and Climate professor almost always pans out…”What happens in December, Winter Remembers”. Recall this past December was record-setting warm? Well, we had a mild January and February didn’t we… That darn folklore!

Thanks for following and always remember that…