Piedmont Snow in May!!! 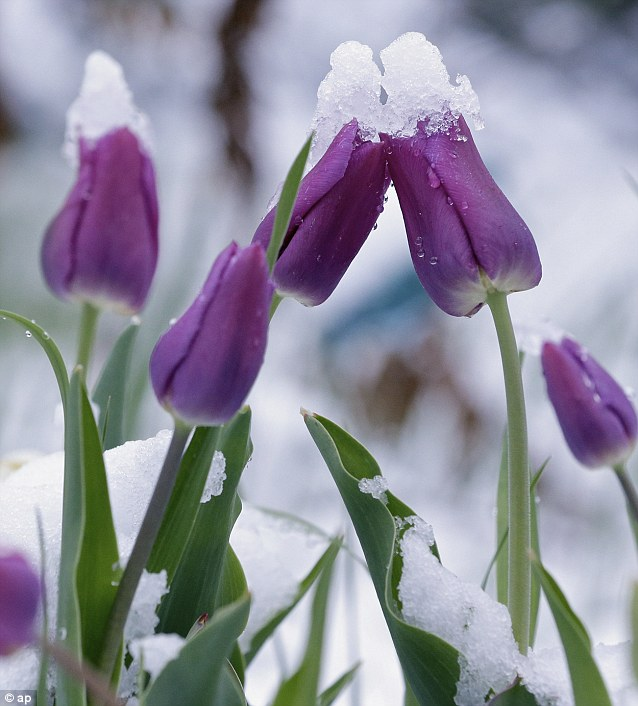 Well, we did receive some reports of wet snow and graupel (snow pellets) in Winston Salem just after 5:00 on Thursday May 5th. WFMY News 2 Sky Cam on the Winston Salem Tower was able to capture some flakes as they fell. Video here.

So how can this happen in May in in North Carolina of all places?

First, our second Omega block of the season has a trough centered right over North Carolina. This allows cold Canadian air to enter the region. Our last one in April had us on the warmer side with a ridge similar to the one now situated over the plains.

Let’s take a look at the weather balloon data for Greensboro, the closest launch site. The Freezing level is abnormally low for this time of the year at 5,438 feet. Precipitation was falling from around 15,000 feet and likely super cooled.

Our first report came in at 5:11 PM. The surface temperature at that time was 46 degrees. Less than a mile up, the temperature was 32 and lower above that.

With a steady rain being observed on the ground and on RADAR, seeing mix of snow, sleet, and rain came as a surprise. The rain rate was sufficient enough to bring snow through an abnormally low freezing level allowing some of it to reach the ground before it had time to melt.

This is an extremely rare event for the central Piedmont. For Winston Salem, the average last day for measurable snow is February 16 and the record for the last accumulating snowfall is March 28, 1947. I doubt this event will go in the record books but the proper National Weather Service authorities have been notified…so we’ll let them decide.

Be sure to visit The Weather Store!