Winter Storms and Cold This Week 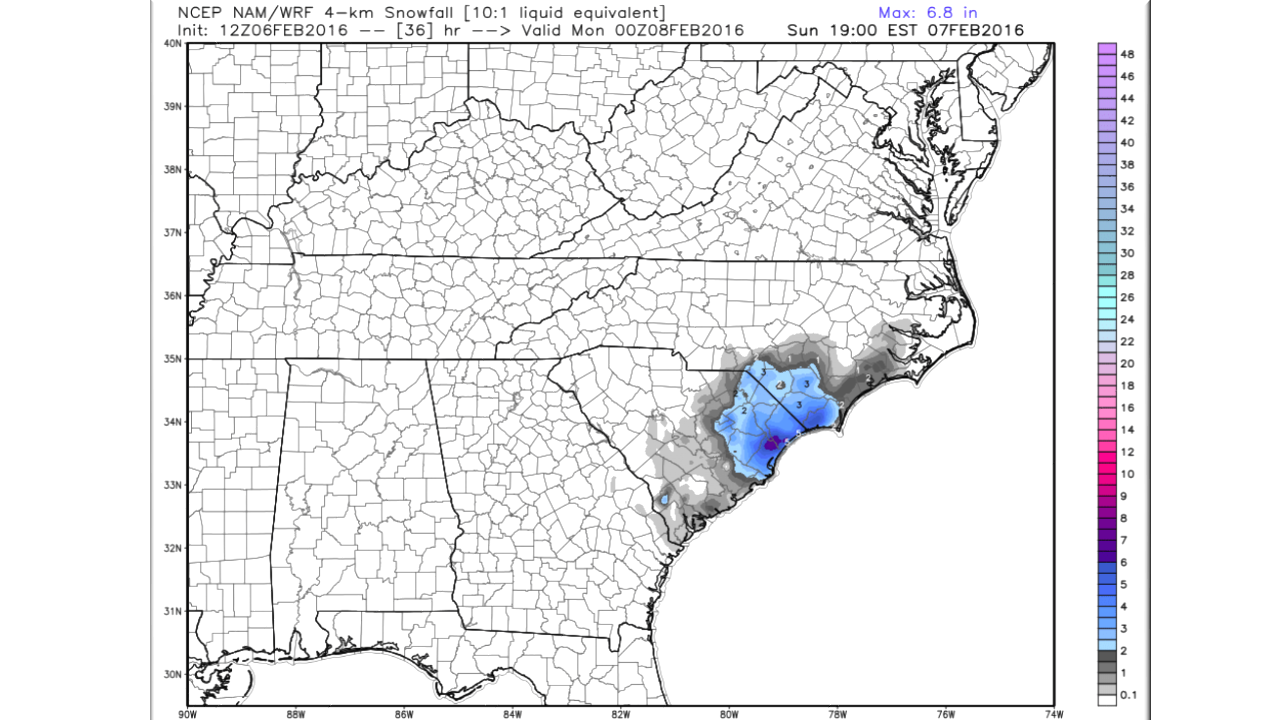 Models have been forecasting a decent winter snow storm for Eastern NC for several days now and even this morning’s latest still depicts accumulating snowfall. When looking at this further, there are some problems with the way the model sees this. 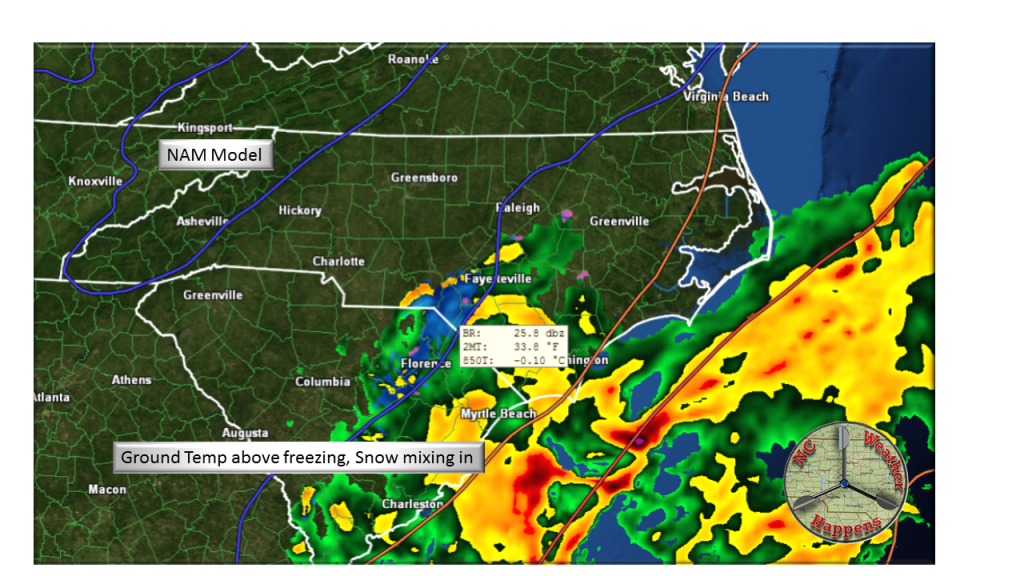 Below Freezing aloft and above freezing on the ground.

The short-range NAM model is only now beginning to show the error in accumulation. So the bottom line on the Super Bowl Sunday storm on the coast is that snow will fall mixing in with rain and any accumulation (less than 1 inch) will be on grassy areas and linger for a very short amount of time.

Monday – Monday Night: A clipper coming straight out of Canada will round  deep upper level trough just to our north. The trailing edge of this system will bring some light snow to the Piedmont. As this system has continental origins, typically what makes it over the mountains comes in dryer and with greatly reduced moister. Therefore, Monday evening through to Tuesday morning, periods of flurries to light snow can be expected from the Foothills to the Triangle. Accumulation will not be widespread and where there is accumulating snow, expect less than an inch.

Cold! This is the Real Weather Story this week. After 2 rounds of snow and a Panthers Win, Overnight temperatures will plunge into the single digits in the Mountains, teens in the Piedmont and 20’s on the coastal plain. I have been watching this setup for over a week and 2 meter temps (surface temperature) in the models have been trending lower and lower with each run. Daytime temperatures Wednesday are not expected to go above freezing from much of the state and only in the 30’s from the Triangle east. Wednesday Night will be another cold one but temperatures will slowly begin to rebound on Thursday remaining near normal through the weekend. 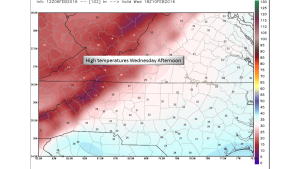 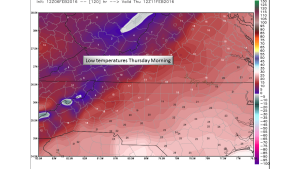 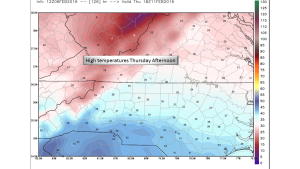 A series of close calls this week remind us that winter is most definitely not over and if I see that groundhog… In the long range, I am still looking at some setups that look interesting but are too far out to forecast. The 15th looks reeeealy interesting followed by a brief warm up then back to winter agin the first of March. For Tuesday morning, stay tuned to local media for closings/delays  but don’t expect much in the way of accumulation from passing snow showers. Instead, use this time to prepare for an extended period below freezing midweek.